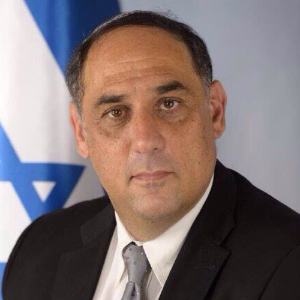 Resident of Ofra, married, father of 5, Major-General in military reserves, MA in Jewish History and Talmud from Hebrew University.

Elchanan has served as CEO of the YBA Educational Network since 1996. From 2013-2015, he was CEO of the Office of Religious Services directed by Minister Naftali Bennett and Deputy Minister Eli Ben-Dahan. Afterward, Elchanan returned to YBA.

Elchanan has led the establishment of over 30 new educational institutions, both in Israel’s center and periphery. With Elchanan’s leadership, the YBA Educational Network has become the leading religious Zionist educational system.

YBA counts 75 educational institutions – junior high schools, high schools, Yeshivot Hesder, and pre-military schools. They are spread all over Israel, and they serve over 24,000 students.
As CEO of the Office of Religious Services, he supervised all of Israel’s religious services and activities of the Chief Rabbinate of Israel.

Between 1993-1996, Elchanan was Secretary-General of Bnei Akiva’s youth movement in Israel. He designed its educational methodology and grew it into the country’s largest youth movement. Today, he serves as Board Director.