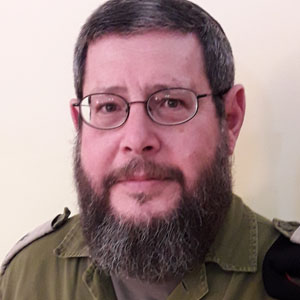 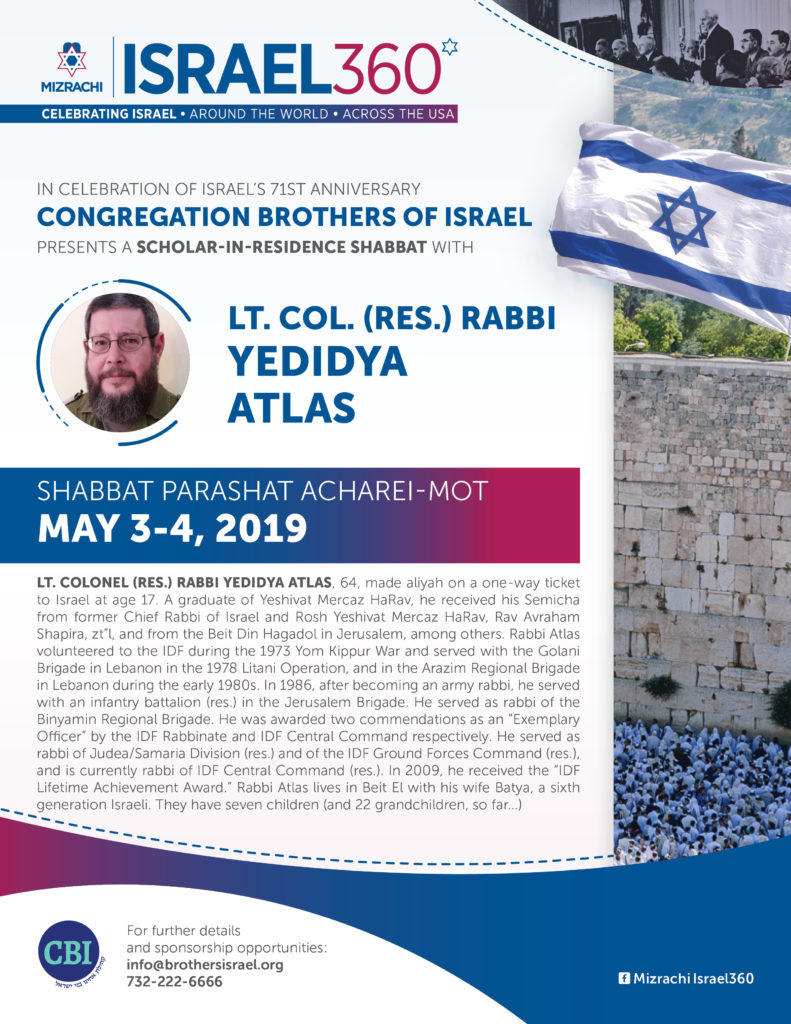 Yedidya volunteered to the IDF during the 1973 Yom Kippur War. He served with the Golani Brigade in Lebanon in the 1978 Litani Operation, and in the Arazim Regional Brigade in Lebanon during the early 1980’s. In 1986, after becoming an Army Rabbi, he served with an infantry battalion (res.) in the Jerusalem Brigade. He served as Rabbi of the Binyamin Regional Brigade. Due to his performance in the field in the the war in Judea and Samaria, he was awarded 2 commendations as an “Exemplary Officer” by the IDF Rabbinate, and IDF Central Command, respectively. He served as Rabbi of Judea/Samaria Division (res.). (2003-2007); Rabbi of the IDF Ground Forces Command (res.) (2007-2013); and Rabbi of IDF Central Command (res.) (2013-present). In 2009, he received the “IDF Lifetime Achievement Award.” The IDF Chief Rabbi also appointed him Head of Special Projects.

Rabbi Atlas lives in Beit El with his wife Batya, a 6th generation Israeli. They have 7 children (and 22 grandchildren, so far…)