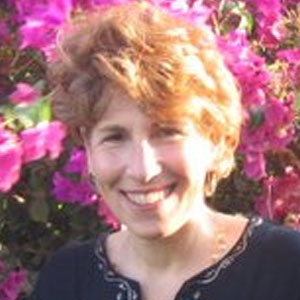 Susan Handelman is a native of Chicago. She received her BA at Smith College, and her MA and PhD in English Literature from the State University of New York, Buffalo. She taught in the English Department at the University of Maryland College Park from 1979- 2000. She moved to Israel in 2000, to take a position as Professor of English literature at Bar-Ilan University.

She has published many books and articles on the relation of Jewish thought and literature, academia and spirituality, including, The Slayers of Moses: the Emergence of Rabbinic Interpretation in Modern Literary Theory ; Fragments Of Redemption: Jewish Thought And Literary Theory in Scholem, Benjamin and Levinas; Make Yourself a Teacher: Rabbinic Tales of Mentors and Disciples. She has co-edited several other volumes including Wisdom from All My Teachers Challenges and Initiatives in Contemporary Torah Education; Torah of the Mothers: Contemporary Jewish Women Read Classical Jewish Texts; and Psychoanalysis and Religion. Some of her books have been translated into Japanese and others are currently being translated into Chinese.

She’s won several awards for teaching, and has lectured in major universities throughout the US and Israel.

Sample Topics - General:
Make Yourself a Teacher: Rabbinic Tales of Mentors and Disciples

"Daughter,Sister,Mother":the Teacher/Student relation in Jewish Thought"
"Torah of the Belly: R. Eliezer Starves for a Teacher"
"The Gates of Wounded feelings: the Banning of R Eliezer
"Father! Father! Israel's Chariot and its Horsemen"the Passing of Rabbi Eliezer

Love at the End: Enmity and Eros in Talmudic Learning

“Don't Forget the Potatoes:Food and God in Jewish Thought"

Rethinking “The Other”: Problems in Jewish Post-Modern Thought, Politics, and Culture

“Is the 'Other' Absolute?:Two Conflicting Post-war French-Jewish thinkers--Levinas and R. Leon Ashkenazi (Manitou)

“Why I Don't Teach ‘The Bible as Literature’ Anymore,”

“Is Midrash Comics?”: A Fish Story about Jonah"

"God’s Comics: It all Begins with the Letter ALEPH"

“‘Stopping the Heart’: The Spiritual Search of Students and the Challenge to a Professor in an Undergraduate Literature Class

Emunah: The Craft of Faith.

“Crossing the Void: A Meditation on Postmodern Jewish Theological Renewal.”

“‘We Cleverly Avoided Talking About God’: Personal and Pedagogical Reflections on Academia and Spirituality.”

Women and the Study of the Torah in the Thought of the Lubavitcher Rebbe: A Halakhic Analysis.

A Man Apart: The Legacy of The Lubavitcher Rebbe.

"Putting Women in the Picture" The Lubavitcher Rebbe's View on Women Today:

"'With Every Goodbye You Learn:' Reflections on Leavet aking's and the Passing of the Lubavitcher Rebbe"

"Modeh Ani:Beginning the day with the Whole Soul and the Whole Torah, a Chassidic Analysis"

"When Moses and God Hid Their Faces at The Burning Bush , the Golden Calf" What Can We really know about the Universe?


"`Everything is in It': Rabbinic Interpretation and Modern Literary Criticism

Interactive study of the story of Chana's Yearning for a child-- and her modeling tefila.

Sample Topics - Israel Related:
Teaching in a Time of Terror: A Classroom Experience