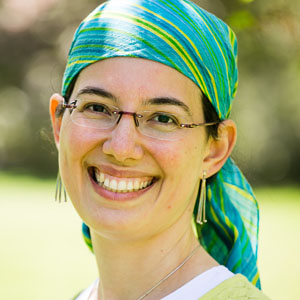 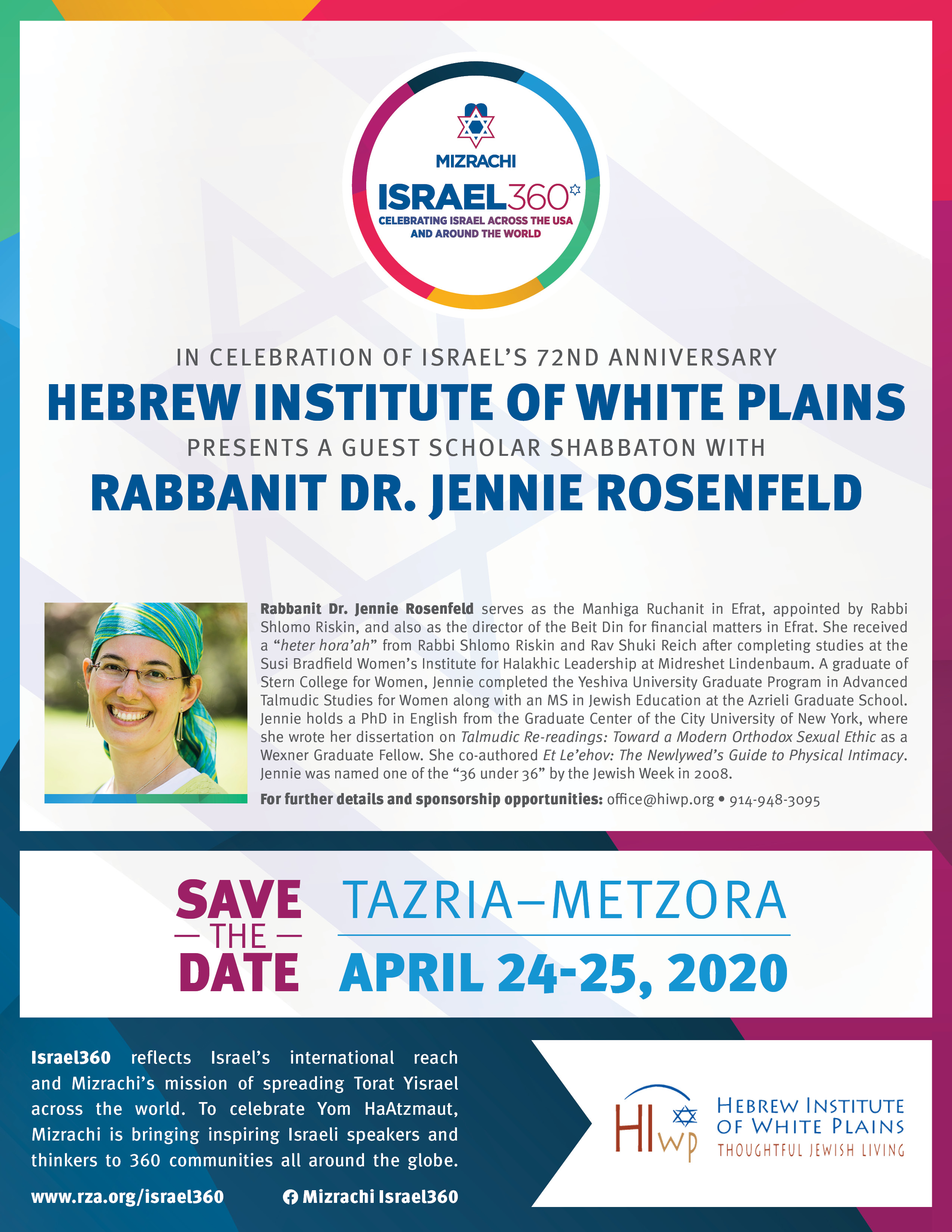 Rabbanit Dr. Jennie Rosenfeld serves as the Manhiga Ruchanit in Efrat, appointed by Rabbi Shlomo Riskin, and also as the director of the Beit Din for financial matters in Efrat. She received a “heter hora’ah” from Rabbi Shlomo Riskin and Rav Shuki Reich after completing studies at the Susi Bradfield Women’s Institute for Halakhic Leadership at Midreshet Lindenbaum.

A graduate of Stern College for Women, Jennie completed the Yeshiva University Graduate Program in Advanced Talmudic Studies for Women along with an MS in Jewish Education at the Azrieli Graduate School. Jennie holds a PhD in English from the Graduate Center of the City University of New York, where she wrote her dissertation on “Talmudic Re-readings: Toward a Modern Orthodox Sexual Ethic” as a Wexner Graduate Fellow. She co-authored “Et Le’ehov: The Newlywed’s Guide to Physical Intimacy” (Gefen 2011; Hebrew translation 2013). Jennie was named one of the “36 under 36” by the Jewish Week in 2008.

Sample Topics - General:
1. Sexuality and Orthodoxy: Contemporary Challenges and Reconciliations
2. Women’s Obligation in Birkat ha-Gomel
3. Radical Repentance in the Thought of R. Zadok ha-Kohen
4. Understanding the Divine Will of the Moment: Beyond ‘Sinners’ and ‘Saints’ in R. Mordekhai Yosef Leiner of Izbica’s Mei ha-Shilo’ah
5. The Role of the Kallah Teacher as a Sexual Educator
6. Single in the City: Reconciling Law and Desire