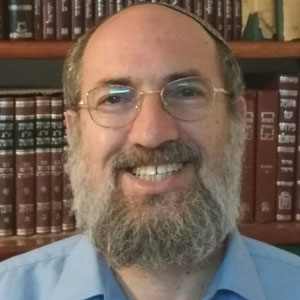 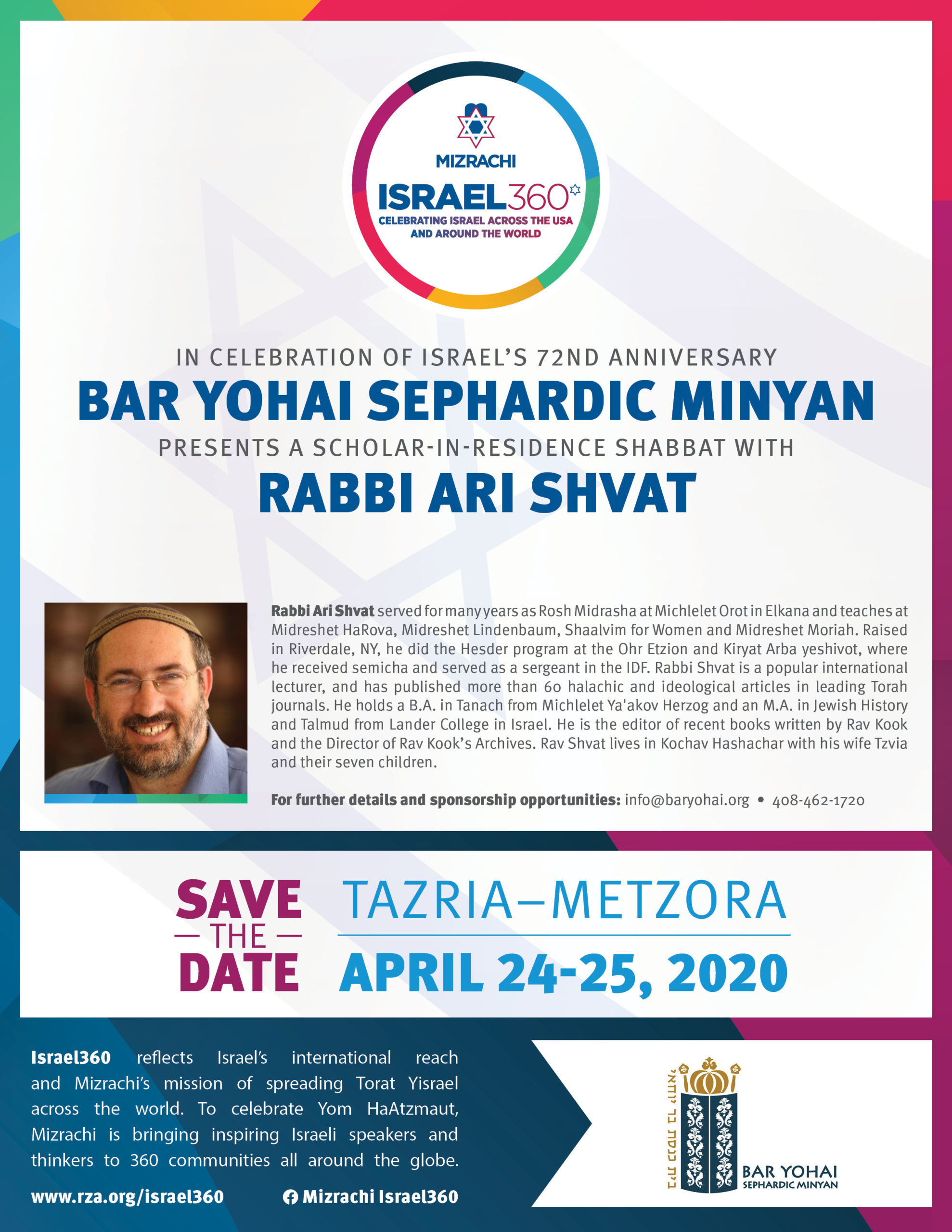 Rav Ari Chwat (Shvat) lectures regularly at many yeshivas, seminaries, colleges, and adult education groups, and is director of Rav Kook’s archives. He has published over 200 articles, as well as several volumes on the previously unpublished writings of Rav Kook, Jewish family life, and religious-Zionism, including “The Israeli Flag and Hebrew Language in Judaism”. He also replies regularly to halachic and philosophic questions in English on the Yeshivat Beit El website.

Raised in Riverdale, he did the Hesder Program at the Ohr Etzion and Kiryat Arba yeshivot, where he received smicha and served as a sergeant in Tzahal. He holds a B.A. in Tanach from Michlelet Herzog (Gush Etzion) and an M.A. in Jewish History and Talmud. He enjoys utilizing his music as an educational medium and has produced two albums of original compositions.
Rav Ari is a popular international lecturer, and has addressed hundreds of communities in Israel and abroad, as Scholar-In-Residence, and representing the Jewish Agency, O.U., Bnei Akiva, Mizrachi, Rabbanei Tzohar, and other religious and Zionist organizations, in the U.S. (New York, Baltimore, Washington, Miami, Boston…), Canada, Russia, France, England, and Switzerland. He lives in Kochav HaShachar with his wife Tzvia and their seven children.

Educator at: Yeshiva, Midrasha, Academic, Other

Sample Topics - General:
What Makes the Writings of Rav Kook So Popular?
Harmonizing Individualism and Altruism
Do I Need to be Religious To Be a Good Person?
Between Harmony and Extremism
Will There Be Animal Sacrifices in the Third Temple?
Revealing the Innovative Thought of Rav Kook to Anglos
Vegetarianism in Judaism
The "Honey-Trap" in Halacha- Intimate Relations to Get Enemy Secrets
The Role of Youth in Jewish Leadership
Why Are There So Many Disagreements Among the Rabbis?!
Reassessing the Status of Converts Through the Question: Can They Recite "... That You Haven't Made me a Gentile"
The Spiritual Will of R. Yehuda HaChassid- Is it Geared to All or Just His Descendants?
Can Tshuva Be Happy and Not Depressing?!
Why Are All of the Tanach Heroes Physically Strong? Sports and Physical Fitness in Judaism
Lag BaOmer- Did the Students of R. Akiva Die in a Plague or Were They Killed in the Bar-Kochva Rebellion?

Sample Topics - Israel Related:
Chilonim and Charedim- An Historic and Philosophic Analysis Reveals the Solution for Unity
Can We Be Sure That the Modern State of Israel is Really the Atchalta d'Geu'la and Not Just Another False Messiah?
The Religious View of a Secular Jewish State
"Between Cyrus and Balfour"
Proving the Existence of G-d Through Religious-Zionism
Y'rushalayim- The National, Religious and Universal Capitol
Tzahal- Victories, Moral Dilemmas and Halachic Questions From Inside the Israeli army
Reassessing Zionism in a World of Globalisation?
Rethinking the Pros and Cons of Aliya.
Who Exactly is Mashiach Ben Yosef?
The Israeli Flag in Ancient and Modern Sources
Hebrew- Not Just Another Language
The Centrality of Eretz Yisrael to Judaism
“There’s No Judaism Without Zionism”
The Difference Between the Talmud Bavli and Talmud Yerushalmi
Yom HaZikaron- Insights Into the Heaviest Day in the Israeli Calendar