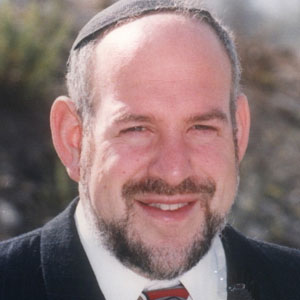 Rabbi Dr. Nachum Amsel currently works with Rabbi Berel Wein and the Destiny Foundation as the Director of Education, whose mission is “to bring Jewish history to life in an exciting, entertaining and interactive way.” The foundation has developed new materials and a methodology to teach Jewish history in a new and exciting way using digital materials that can be used for distance and Ipad learning. Rabbi Amsel has been a teacher, a school principal, has taught in university and has also taught more than 2000 teachers how to teach more effectively. Rabbi Amsel has worked in all areas of formal and informal Jewish education and has developed numerous curricula including a methodology how to teach Jewish Values using mass media. Recently, he founded a program, STARS (Student Torah Alliance for Russian Speakers), where more than 3000 students in 12 Russian speaking countries learn about their Jewish heritage for five hours each week. Before that, he was the Educational Director of Hillel in the Former Soviet Union. He lives Jerusalem with his wife and has four children and three grandchildren.

Sample Topics - General:
JUDAIC VALUES TOPICS
from the original, recently released and future books
(“THE ENCYCLOPEDIA OF JEWISH VALUES”)
by Rabbi Dr. Nachum Amsel
1. Does God Have a Plan for Us? For the World?
2. Is Being Good the Most Important Jewish Thing?
3. Alternative Medicine in Judaism
4. Anger and Violent Reactions in Judaism
5. Developing A Personal Relationship With God, And Bringing Him Into Our Daily Life
6. How Tzedaka is Different from Every Other Commandment & Other Related Issues
7. Which World is the “Real” World?
8. Homosexuality in Orthodox Judaism
9. The Jewish Attitude to Capital Punishment
10. Getting Pregnant to Abort and Use Stem Cells & Others Stem Cells in Judaism Issues
11. Can We Kill One to Save Many?
12. The Difference Between Man and Animal
13. How Much is God Really Involved with the World?
14. The Jewish Attitude to Cloning and Its Ethical Dilemmas
15. Does God Exist? How do We Really Know? CAN We Know?
16. God’s Providence: How Much God & How Much Us?
17. Encroaching on Someone
18. Competition in Judaism
19. Misleading Someone and Propping Oneself Up – Genaivat Daat
20. Making Someone Feel Bad – Onaat Devarim
21. Jewish Attitudes to Doctors and Visiting the Sick
22. Underlying Values and Concepts of Rosh Hashana
23. Underlying Values and Concepts of Yom Kippur
24. Underlying Values and Concepts of Sukkot
25. Underlying Values and Concepts of Chanukah
26. Underlying Values and Concepts of Purim
27. Underlying Values and Concepts of Pesach
28. Underlying Values and Concepts of the Counting of the Omer
29. Underlying Values and Concepts of Shavuot
30. Underlying Values and Concepts of Tisha B'av and the Three Week Period
31. Jewish View Of Tattoos And It’s Relationship to Jewish Burial
32. Heroes in Judaism
33. What is Jewish Leadership?
34. The Normative Jewish View Of The Golem
35. The Dilemma of Paying Ransom to Free a Hostage
36. The Impact of a Teacher in Judaism
37. Jewish Concepts of Kaddish and Its Importance
38. Self Esteem In Judaism
39. Dwarf Tossing and Renouncing One's Dignity
40. The Value of Jerusalem to the Jew
41. Bad Things Happen to Good People: Some Jewish Approaches
42. Is Lying Ever OK in Judaism?
43. Collateral Damage in Judaism
44. The Torah Reaction to the Madoff and other Financial Scandals and Greed
45. Using Data for Nazis Experiments to Further Science – Right or Wrong?
46. Music in Judaism
47. Birthdays in Judaism
48. Judaism and Sports
49. Hatred in Judaism
50. Revenge in Judaism: Is It Ever Justified?
51. Reincarnation in Judaism
52. Jealousy
53. How Judaism Views Secular Names and Dates
54. Should We Give Honor To a Leader Who Sinned?
55. Tolerance and Intolerance in Judaism
56. Siruv Pikuda -- Following an Immoral or Non-Jewish order in the Army or not?
57. The Ethics of Torture in Judaism
58. Left and Right in Judaism
59. Should We Care About What Others Think?- Marit Ayin
60. Going Beyond What is Required in Judaism -- Requirement or a Good Idea?
61. Lottery -- Using it to Win and to Determine Fate
62. Gun Control—the Jewish View
63. Child Abuse – the Jewish View
64. Downloading Songs and Videos from the Internet – What Does Judaism Say About it?
65. Judaism: Religion or Nationality?
66. Having the Right Intentions with the Wrong Results and Vice Versa
67. Judging Everything Favorably in Judaism – Good Idea or Requirement?
68. The Jewish View of Pain
69. The Difference Between Men and Women in Judaism
70. Hypocrisy in Judaism
71. Advertising
72. Animals
73. Antisemitism
74. Astrology
75. Beauty
76. Being Jewish and Being Different
77. Business Ethics
78. Choices and Freedom
79. Christianity and Judaism
80. Civil Disobedience
81. Cults and Judaism
82. Death and Mourning
83. Dreams
84. Drugs and Alcohol
85. Ecology and the Environment
86. Euthanasia and Abortion
87. Family
88. Food
89. Friendship
90. Getting and Being Old
91. God: Is He Really Watching Us?
92. Happiness
93. Healing AIDS Patients and Endangerment
94. Holiness
95. Holocaust: Why Remember?
96. Honesty and Cheating
97. Human Dignity
98. Inciting Others to Sin
99. Individuality and Conformity
100. Land of Israel and Its Ties to Judaism
101. Israel: The Perfect Society
102. Jewish Prayer
103. Jew Living in a Non-Jewish Society
104. Learning
105. Less Observant Jews
106. Life After Death
107. Meaning of Bar Mitzvah
108. Meaning of Brit Milah
109. Mental Deficiency
110. Messiah
111. Miracles
112. Mitzvot-Commandments
113. Modesty-Tzniut: More Than Dress
114. Money and Wealth
115. Non-Jews
116. Obligation to Help Other Jews
117. Parents and Children
118. Parental Responsibility to Teenagers
119. Peace
120. Peer Pressure
121. Prejudice by Jews
122. Privacy and Community
123. Prophecy
124. Purpose of Life
125. Returning Found Objects
126. Science & Judaism: Conflict or Harmony?
127. Self Control
128. Self Defense
129. Senility
130. Sex
131. Shabbat
132. Snitching and Telling Secrets
133. Speech
134. Time
135. Triage: Priorities in Allocating Resources
136. Truth and Lying
137. Tzedaka-Jewish Charity
138. Ugliness
139. War
140. Zero Population Growth
141. Grandparents in Jewish Thought
142. Killing a Neutralized Terrorist – Is it Ever Permitted?
143. Praying in a Synagogue with a Smartphone – Forbidden, Permitted or Encouraged and Why?
144. Silence in Judaism
145. Noise in Judaism
146. Learning for the Jew
147. Punishment and Jail in Judaism
148. Escorting or Accompanying a Jew – What is it and Why So Important?
149. Transgender Jews
150. The Concept of Salt in Judaism
151. Embarrassment and Shame in Judaism
152. The Concept of Rain in Judaism
153. Telling the Truth to Children Or Not

Sample Topics - Israel Related:
Land of Israel and Its Ties to Judaism
Israel: The Perfect Society
How Three Cups of the Seder Teach Us About the State of Israel Today
The Value of Jerusalem to the Jew

Links to sample audio or videos:
Can also perform a concert of Chasidic and Jewish English music with guitar.