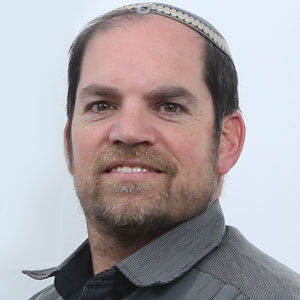 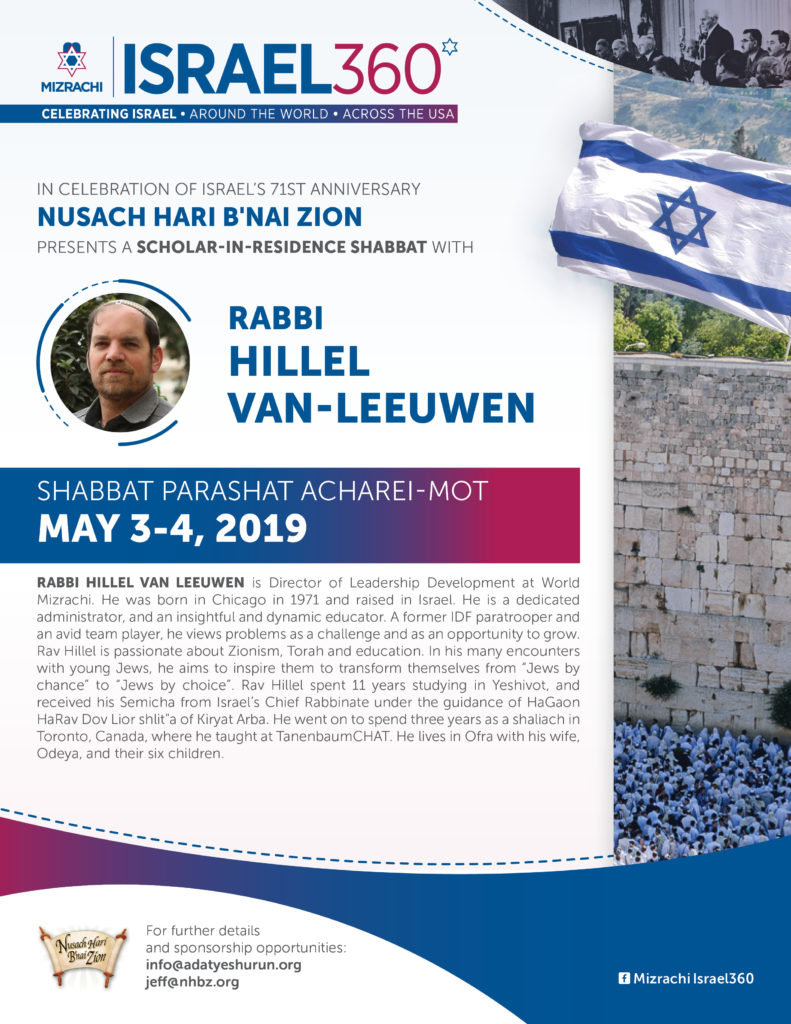 Born in Chicago in 1971 and raised in Israel, Rav Hillel is a dedicated administrator, and an insightful and dynamic educator. He believes in personal growth through discussion and thought. A former IDF paratrooper and an avid team player, he views problems as a challenge and as an opportunity to grow, and is always open to new ideas. Rav Hillel is passionate about Zionism, Torah and education. He loves people, and claims to be in love with our Holy Land of Israel. In his many encounters with young Jews, he aims to inspire them to transform themselves from “Jews by chance” to “Jews by choice”.

Rav Hillel spent a total of 11 years studying Torah in Yeshivot, and received his Smicha from Israel’s Chief Rabbinate under the guidance of HaGaon HaRav Dov Lior shlita of Kiryat Arba.
He went on to spend 3 years as a shaliach in Toronto, Canada, where he taught at the Community Hebrew Academy [CHAT] while being actively involved in several Jewish Education projects and summer camps in North America, as well as with NCSY Canada.

After serving in administrative and educational roles in seminaries in Jerusalem for a decade, Rav Hillel currently heads the Mizrachi World Movement’s Leadership Development. He lives in Ofra with his wife, Odeya, and their six children.

Sample Topics - General:
* How to do teshuva in 5 minutes
* 5772 or 14,5000,000 - how old is our world [Torah & Science]
* Judaism VS Hellenism [for Chanuka]
* Why is Chanuka celebrated on the 25th? [for Chanuka[
* The Dark Side of the Megillah [for Purim]
* The basics of Kabala
* The Selling of Chametz and other Loopholes in Halacha [for Pesach]
* King David Leadership School [for Shavuot]
* It's the small things that matter: the real important things in life
* How to improve our Kavanah in Tefillah
* Understanding Birkat HaMazon
* How can we be greater than angels?
* The Secret Formula that can Change your Day [understanding the depth of Brachot]
* The revolutionary statement: HaShem Echad [on Kriat Shema]
* Understanding Kaddish
* Positive Chutzpah [how G-d invites us to win him over]
* The only thing G-d can't do: why we live in an imperfect world
* Understanding the Concept of a Chosen Nation
* The Power of Communal Prayer
* The Fine Line between Criticism and Hatred [ahavat Yisrael]
* Between Love of G-d and Fear of Him

Sample Topics - Israel Related:
* The Halacha and philosophy of visiting the Temple Mount [including photos]
* If we believe in Mashiach, why do we still plan ahead?
* Taking an Active Role in our Redemption Process
* The IDF - the Most Ethical Army in the World
* Gradual Redemption Vs. Sudden Redemption
* The State of Israel as the Final Stage of the Exodus