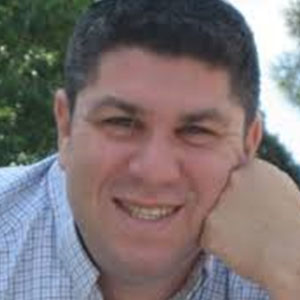 Ian (Haim) Pear is a Rabbi, lawyer and social activist living in Jerusalem. Together with his wife Dr. Rachel Pear, he founded Shir Hadash, a popular Jerusalem based Synagogue, Educational Institute and Israel Advocacy Center. Recently, he founded a second branch of Shir Hadash, this one located in the German Colony section of the capital.

Rabbi Pear has also worked for Laster and Goldman, Israel’s premier environmental law firm; and while he decided not to continue as a practicing lawyer, he regularly takes advantage of that experience by teaching groups about Judaism and the environment and engaging in environmental activism. He is also pursuing advanced degrees in law at Hebrew University (in their celebrated Mishpat Ivri division), which further allows him to teach about the interaction of Halacha and secular Israeli law.

Another major interest is leading ‘Spiritual Diplomacy’ efforts on behalf of Israel – which includes hosting, teaching and inspiring high level delegations of non-Jewish Politicians, Academics, Clergy and Journalists, and thereby deepen their connection to the Jewish State and the Jewish People.

A one-time aspiring stand-up comedian, Rabbi Pear received his ordination from Yeshiva University’s Rabbi Yitzchak Elchanan Theological Seminary (and its Jerusalem based Gruss Kollel), and holds a law degree from NYU School of Law and a degree in International Law, Politics and Security from Georgetown University’s School for Foreign Service. He is the author of three books, including the best-seller The Accidental Zionist.

The Pear’s have five children.

Sample Topics - General:
Breishit: How To Start Doing Big Things
The "Other" Ten Commandments
Judaism and the Environment
Parenting as Spiritual Service
The Halacha of Self-Driving Cars, and other challenges for the Modern Posek

Sample Topics - Israel Related:
The Accidental Zionist: What a Priest, Pornographer and a Wrestler Named Chainsaw taught me about being Jewish, Saving the World and Why Israel Matters to Both
Murder, Mamzerut and a Mystery: A Case Study of How Jewish Law Influences Israeli Secular Law
(Regarding interesting Israeli case law, I have a plethora of related lectures and can design a class on almost any topic)
When Begin Met Rav Soloveitchik: Death and Rebirth in the Modern State of Israel