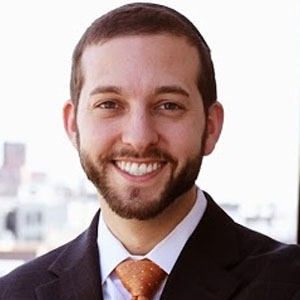 Rabbi Jeremy Stern serves as the Director of North American Resource Development for Tzohar, where he works with philanthropic partners in the United States and Canada to create a brighter and stronger future for the Jewish State. He holds a Bachelor’s degree, a Master’s in Jewish Education, and rabbinic ordination from Yeshiva University, and a Master’s in Public Administration specializing in Nonprofit Administration from Baruch College. Before joining the Tzohar team in 2018, he served for nine years as the Executive Director of the Organization for the Resolution of Agunot (ORA) in which he directed the dramatic expansion of the organization into an international advocacy powerhouse. He lives with his wife and five children in Efrat.

Sample Topics - General:
- "Hearing the Cry: The Role of the Community in Combating Abuse" -- a discussion of domestic abuse and the role of the halachic community in addressing it
- "Boycotts or Beatings: Halachic Responses to Get-Refusal" -- an analysis of kfiya and harchakot de-Rabbeinu Tam in addressing get-refusal
- "Breaking the Chain: A Roadmap to Resolving the Agunah Crisis" -- halachic fundamentals and background to the agunah crisis and the halachic prenup
- "The Agunah Crisis: Why Can't the Rabbis Just Fix It?!" OR "Rabbinic Will and Halachic Change" -- analysis the mechanics of halachic marriage and divorce and proposed solutions to the agunah crisis
- "The Meaning of Marriage in the Modern World" -- an analysis of the kinyan of kiddushin and how we reconcile the construct of marriage in halacha with our modern attitudes towards marriage