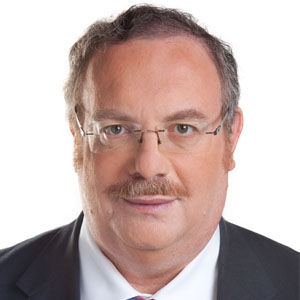 Rabbi Professor Daniel Hershkowitz is a prominent mathematician and academic leader, community rabbi and rabbinical court judge, political leader, a former Israeli Minister of Science and Technology and the former president of Bar-Ilan University. Recently he was appointed as the chairman of the Israel National Council for Research and Development.

Prof. Hershkowitz is the Eugene & Marlene Shapiro Academic Chair in Mathematics at the Technion Israel Institute for Technology – Israel’s elite scientific university. He has been Dean of the Division of Continuing Education and External Studies, Dean of the Faculty of Mathematics, and chairman of the Technion Faculty Association. He is an author of over 80 mathematical papers, and has been Editor-in-Chief and Managing Editor of Electronic Journal of Linear Algebra, and senior editor of Linear Algebra and its Applications. He served six years as president of the International Linear Algebra Society.

He served as a major in the Israel Defense Forces, and has five children and twelve grandchildren.

Among the many honors he has received he is a 2013 recipient of the Decoration of Honour of the Bulgarian Academy of Science (Marin Drinov on Ribbon) and a 2017 recipient of the Order of Merit of the Republic of Hungary. Besides he is a 2011 Honorary Fellow of Jerusalem College of Technology, a 2014 Honorary degree of the Academic College Netanya and a 2015 Honorary Fellow of Shaanan Academic College Haifa.

Sample Topics - General:
- Can Torah and Science go together (how old is the universe)?
- Mathematical Stability and role of the evil inclination
- Judaism and the theory of evolution
- Mathematics and Halacha
- Parashat Hashavua

Sample Topics - Israel Related:
- Israel as a power in space
- The secret of the Israeli innovation