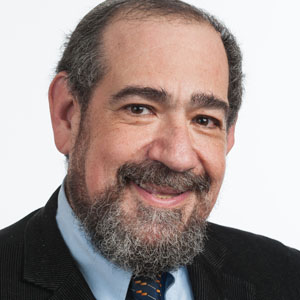 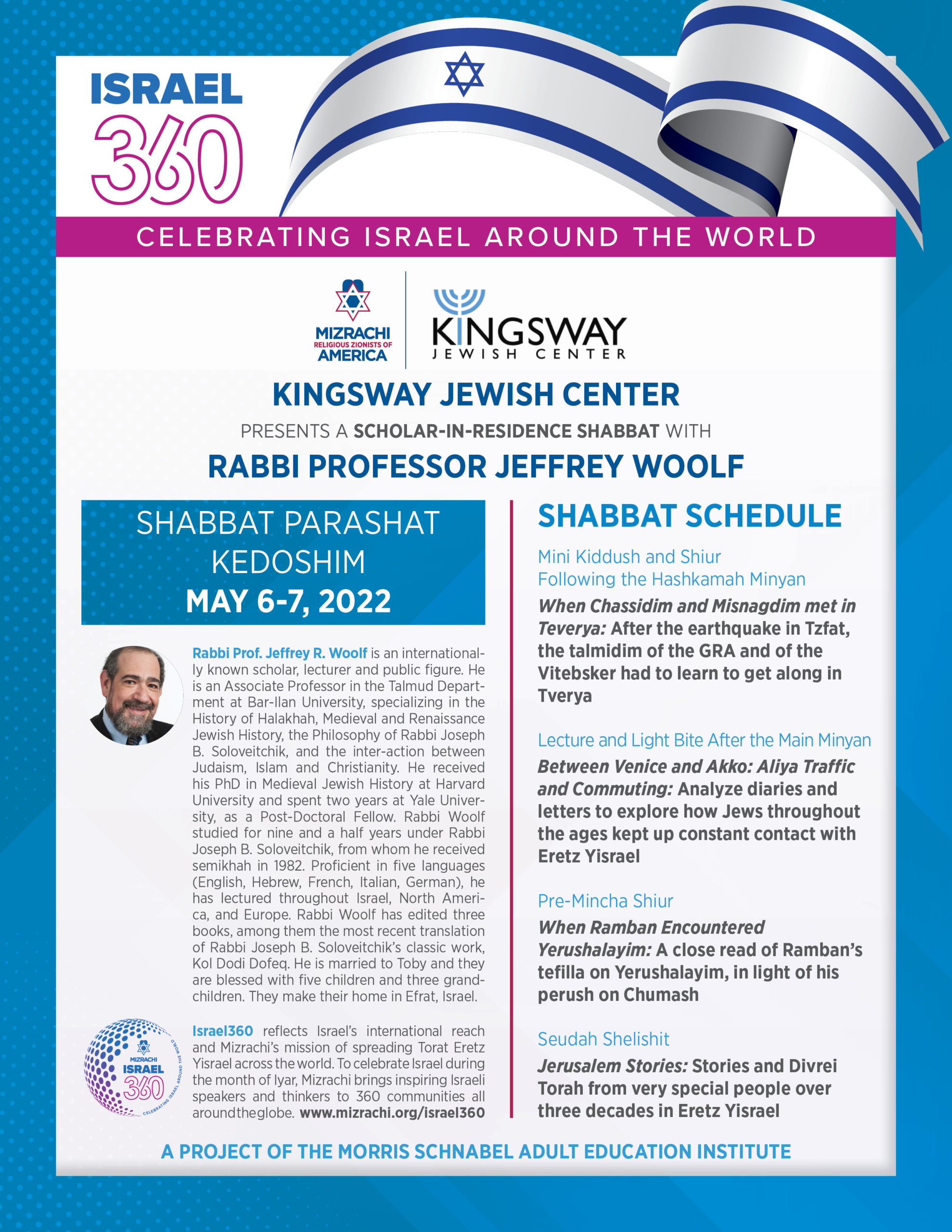 Rabbi Prof. Jeffrey R. Woolf is an internationally known scholar, lecturer and public figure. He is an Associate Professor in the Talmud Department at Bar-Ilan University, specializing in the History of Halakhah, Medieval and Renaissance Jewish History, the Philosophy of Rabbi Joseph B. Soloveitchik, and the inter-action between Judaism, Islam and Christianity.

He received his PhD in Medieval Jewish History at Harvard University and spent two years at Yale University, as a Post-Doctoral Fellow. Rabbi Woolf studied for nine and a half years under Rabbi Joseph B. Soloveitchik זצ”ל, from whom he received semikhah in 1982.

He is a leading advocate and spokesman for Modern Orthodoxy. In Israel, he is a member of the Executive Committee of Maaleh: The Center for Religious Zionism and was recently elected to the Central Committee of the Bayt Yehudi Party.

Rabbi Dr. Woolf is a much sought-after lecturer, addressing a broad swath of issues and topics. Proficient in five languages (English, Hebrew, French, Italian, German), he has lectured throughout Israel, North America, and Europe. He is frequently interviewed in the media, both in Israel and abroad.

He has edited three books, among them the most recent translation of Rabbi Joseph B. Soloveitchik’s classic work, Kol Dodi Dofeq. His latest book was The Fabric of Religious Life in Medieval Ashkenaz (1000-1300), Leiden 2015. He is presently working on a book of essays on Israeli Orthodoxy and its encounter with modernity.

He is married to Toby (née Bergstein). They are blessed with five children and three grandchildren. They make their home in Efrat, Israel.

Sample Topics - General:
I. The Third Wave: Judaism and Islam

III. Living Here and Living There: Jews and Eretz Yisrael Through the Ages

V. Can Judaism Face a World in Cultural Collapse?

VII. From Crimson Gown to Blue Uniform: My Career as an Israeli Police Officer
VIII. ‘And I Will Dwell in Their Midst’: Bringing God into the Synagogue
VIII. Developing Woman’s Torah Leadership
IX. Nothing Like the Last Minute: How Judaism Looks at Time and How to Use it?
X. Are We Becoming Illiterate? Medieval Art, the Internet and Torah Study
XI. Har HaBayit: Why and Why Not?
XII. When a Chess Game Saved a Jewish Community (And other True Legends)
XIII. When Jews were (Dis)United: Some Historical Examples
XIV. A Midrash of Jewish Food
XV. Sadducees, Christians, Karaites: Can there be Splits in the Jewish People?
XVI. Ashkenazim and Sephardim: Differences and Similarities
XVII. Saving the Jewish Family: From What?
XVIII. Jews at Play: Chess, Sports, Dancing, Gambling and More
XIV. Keeping One’s Humanity on Twitter and Facebook