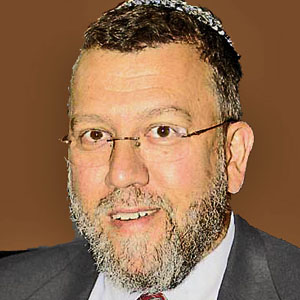 Rabbi Joshua Berman is a professor of Tanakh at Bar-Ilan University. A graduate of Princeton University, Rabbi Berman received his semikhah from the Rabbanut HaRashit Le-Yisrael, after learning for eight years at Yeshivat Har-Etzion. He is the author of The Temple: Its Symbolism and Meaning Then and Now (Jason Arnonson, 1995), Created Equal: How the Bible Broke with Ancient Political Thought (Oxford, 2008), a National Jewish Book Award Finalist in Scholarship, and most recently, Inconsistency in the Torah: Ancient Literary Convention and the Limits of Source Criticism (Oxford, 2017). His articles and essays have appeared in Mosaic Magazine and the Wall Street Journal. He is currently at work on his next book, Orthodoxy and the Challenge of Biblical Criticism. He, his wife and their four children reside in Bet Shemesh.

Sample Topics - General:
How the Bible Broke from Ancient Political Thought
One Man Sins, All are Punished: The Story of Achan
Principles of Faith in Judaism: When Did They Begin? How Did They Develop?
Understanding the Concept of Law in Judaism: How and When Does Halachah Change?
Archaeology and the Exodus
Lies My Bible Critic Told me

Sample Topics - Israel Related:
Zionism and the Bet Mikdash
Religious and Secular in Israel: Closer than Ever Before