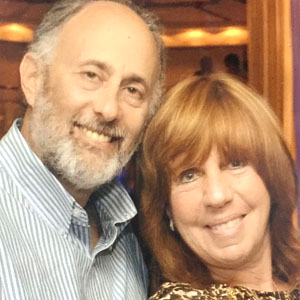 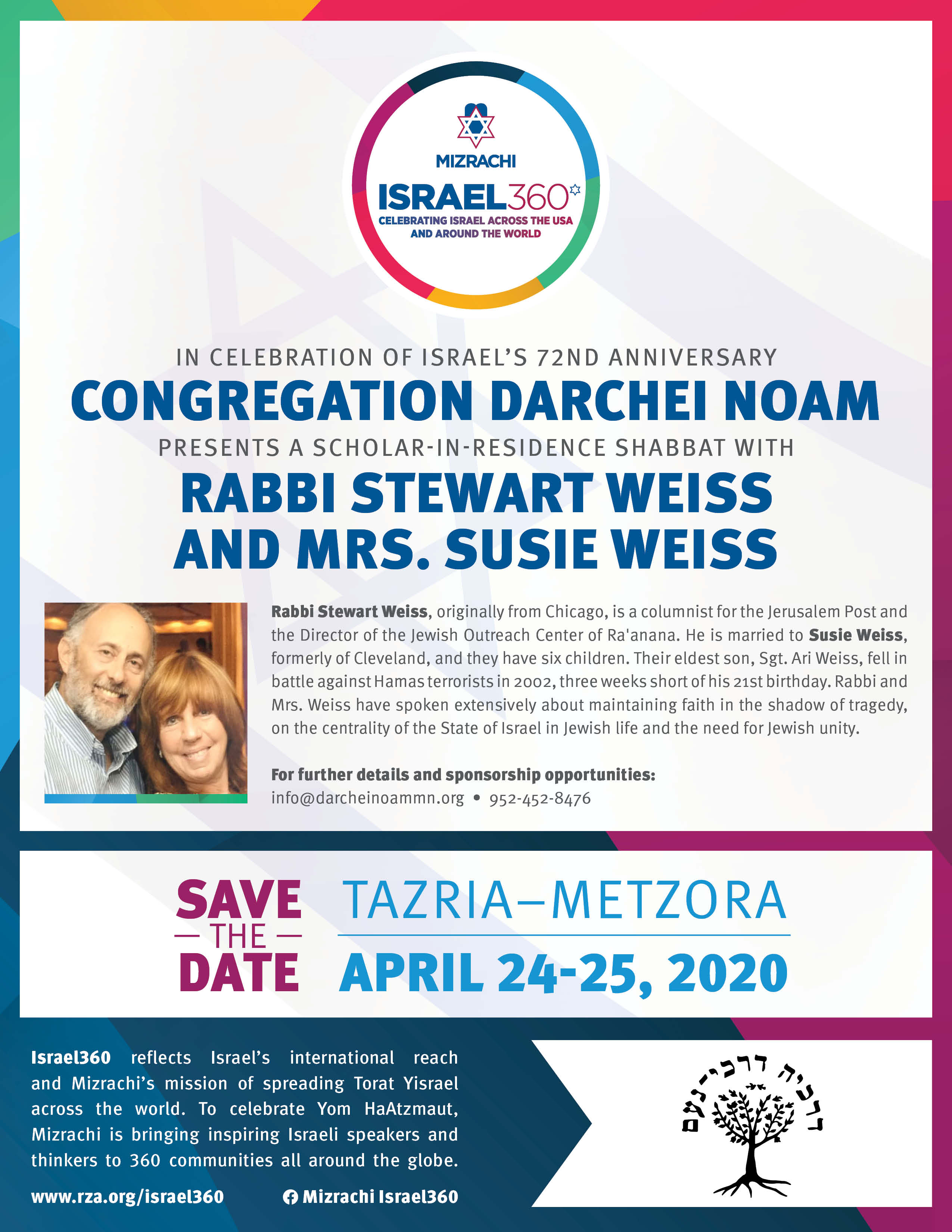 Rabbi Weiss was educated at the Bet Midrash L’Torah – Hebrew Theological College in Skokie, Illinois, where he received his Semicha and degrees in Hebrew Literature and Practical Rabbinics. Rabbi Weiss served as Rabbi of congregations in Chicago and Dallas, Texas, and was also head Jewish chaplain at Rush Medical Center in Chicago before making Aliyah in 1992. Rabbi Weiss founded and directs the Jewish Outreach Center in Ra’anana, serving Olim through a network of religious and educational programs. Rabbi Weiss is a regular columnist for the Jerusalem Post, and lectures frequently in Israel, the United States, England and South Africa. He regularly leads kosher tours and cruises to places of interest around the world. He also is a member of the Ra’anana City Council and the RCA. He is a past recipient of the Rabbinic Leadership Award from both the Orthodox Union and the Young Israel movement.

Rabbi Weiss is married to the former Susie Klein of Cleveland, and they have 6 children. In 2002, their eldest son, IDF Sgt. Ari Weiss HY”D – a member of the elite Palchan HaNachal (Sayeret) anti-terror unit – was killed in battle against Hamas terrorists in Shechem. In 2010, they constructed the Ohel Ari Bet Knesset and Torah Learning Center in Ra’anana, in Ari’s memory; Ohel Ari has today become the largest of Ra’anana’s 80 shuls , with more than 1000 congregants each Shabbat. Susie Weiss directs the Ochel Ari project, which has prvided more than 25,000 food and gift packages to IDF soldiers in the field.

Both Rabbi and Mrs. Weiss have spoken extensively around the world on the topic of maintaining faith in the shadow of tragedy, on the centrality of the State of Israel in Jewish life and the need for Jewish unity. They have inspired thousands to strengthen their commitment to Israel, Judaism and God.