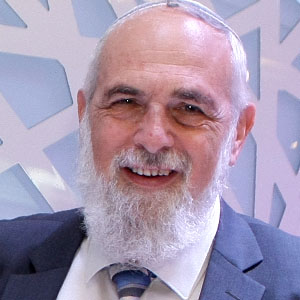 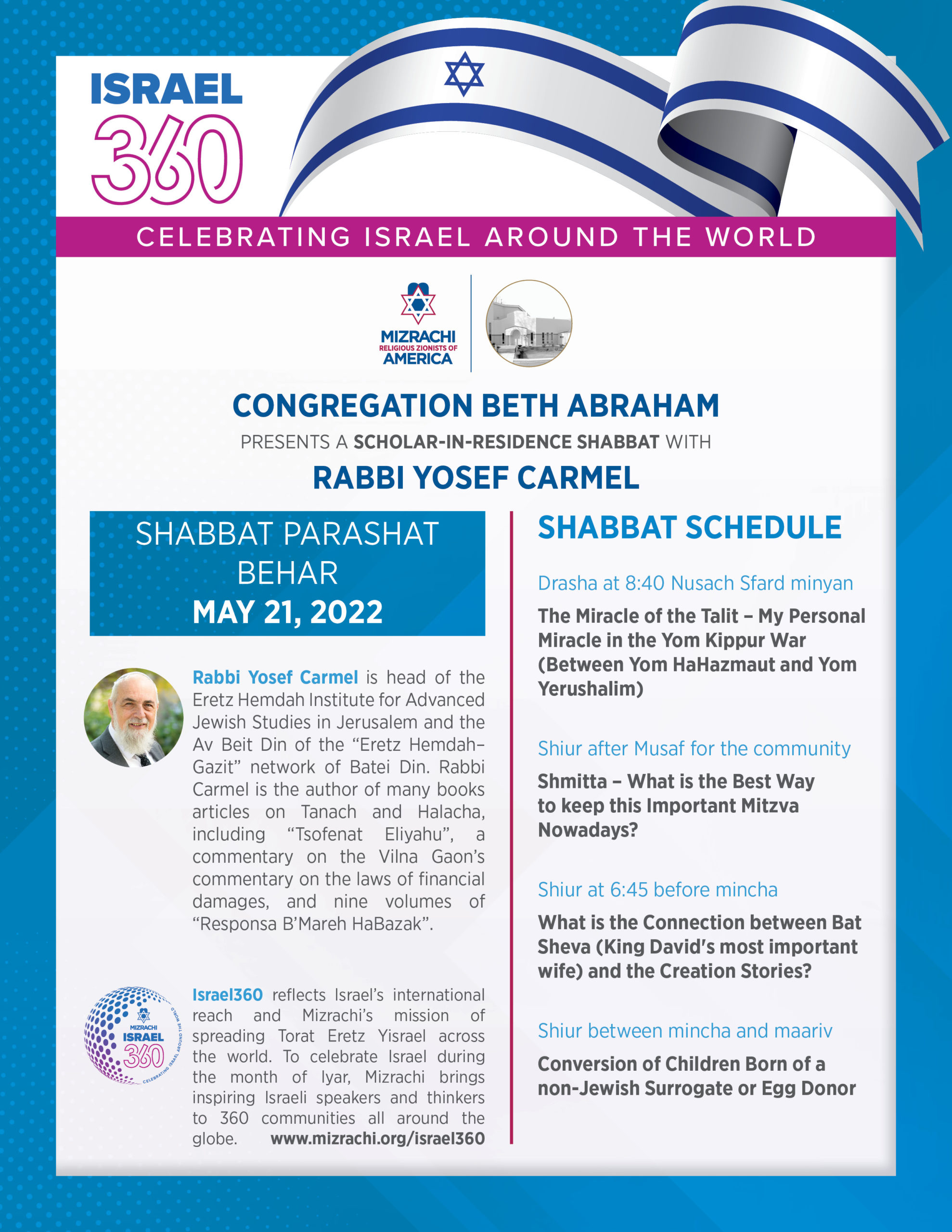 Rav Yosef Gershon Carmel was born in Jerusalem in 1953. He is the Rabbinical Dean of the Eretz Hemdah Institute for Advanced Jewish Studies in Jerusalem, the premier institution for training young rabbis to prepare for Israeli Rabbinate’s rigorous Yadin Yadin examinations, and the Av Beit Din of the “Eretz Hemdah – Gazit” network of Batei Din. Rav Carmel is a graduate of the Nir Kiryat Arba Hesder Yeshiva and was Rosh Metivta there for more than ten years. He was a combat soldier in the IDF during the Yom Kippur war as well as the first Lebanon war. Rav Carmel heads Eretz Hemdah’s  ‘Ask the Rabbi’ and ‘Shut B’Mareh HaBazak’ programs which provide Halachic answers in Hebrew and English to questioners from around the world, both from rabbis and laymen. To date, more than 20,000 replies have been sent out. He is the author of many articles on Tanach and Halacha, the book Tsofnat Eliyahu – a commentary on the Vilna Gaon’s commentary on the laws of financial damages in Shulchan Aruch Choshen Mishpat, the book Tzofnat Yeshayahu – from Uziya to Ahaz – a commentary on the prophecies of Yeshayahu during one of the stormiest times in Jewish history, and nine volumes of Responsa B’Mareh HaBazak.

Educator at: Yeshiva, Other

Sample Topics - General:
The Power of Jealousy and the Damage of Machloket
The 'Price' for a Consultation with a Kabbalist
The Halachic Way of Eretz Hemdah – the Way to Strive to Find Solutions to (almost) any Problem
Principles of Justice in Jewish law - King Solomon's Judgement
How Many Times was the Book of Yirmiyahu Written?
Could the King Uziah have been the Mashiach? The Position of Yeshayahu on the
Matter
The New Law in Israel on Egg Donation and its Halachic Implications
Is it Permitted to ask for a Second Halachic Opinion?

Sample Topics - Israel Related:
An appreciation of Rav Shaul Israeli and his Perspectives on Yom Ha’Atzmaut
Establishing Eretz Hemdah – Goals and Vision
From Hadrian to Balfour: The changes in the Jewish legal system and their relevance to the founding of the State of Israel.
Serving as a Combat Soldier during the Yom Kippur War.
Separation of Religion and State in the Times of David and Shlomo and Today in the State of Israel.
The relationship between Israeli and Diaspora Jewry, and how to achieve Achdus both in Israel and abroad
The Spiritual Evolution of the State of Israel in the Last 70 Years
Jewish Identity... Is D.N.A Enough? – The Eretz Hemdah Solution to the Jewish Identity Crisis in Israel
Is there a Jewish Legal System in the Jewish State?