The Babylonian Conqest and the Destruction of the First Temple

A painfully realistic depiction of the destruction of Jerusalem. This film follows the Babylonian siege and the ensuing destruction of the city, according to the Biblical accounts and archaeological finds. Breathtaking simulations, the breaching of the city walls, King Zedekiah’s flight in the dark of night, and the devastation wreaked by the Babylonians on the city illustrate dramatically the catastrophic events in Jerusalem at the end of the First Temple period. 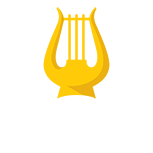 The Megalim Institute is a multidisciplinary learning and research center that broadens and deepens knowledge about ancient Jerusalem and makes it accessible to all. The institute’s research and publications are a key resource for understanding the historical, geographical and cultural processes in Jerusalem over the generations.