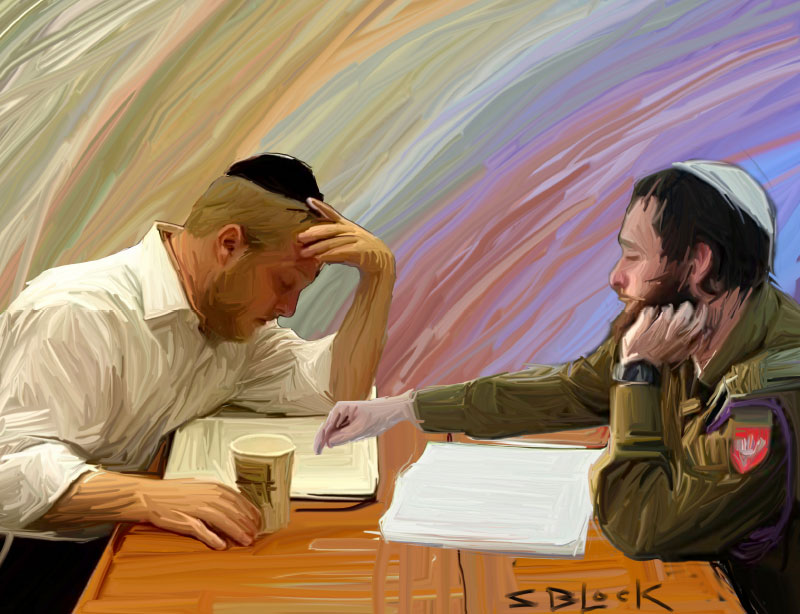 A Sacred Obligation to Help the Charedim Enter the World

The following is an excerpt from HaMizrachi magazine’s interview with Rabbi Dr. Aaron Rakeffet-Rothkoff in March 2022.

Our relationship with the Charedi world in Israel is challenging, and army service is the touchstone issue. According to halachah, no Jew in the world, no one in Teaneck or Lakewood, is exempt from the army; every Jew must come and fight. It’s a milchemet mitzvah, an obligatory mitzvah to fight to defend our people. But here you have religious people refusing to serve. It’s ironic; if anyone should be exempt from the army it should be those who are Shabbat violators.1 מִי הָאִישׁ הַיָּרֵא וְרַךְ הַלֵּבָב יֵלֵךְ וְיָשֹׁב לְבֵיתוֹ, “What man is there that is fearful and faint-hearted? Let him go and return to his home” (Devarim 20:8). The pasuk, of course, is talking about those who are sinners, who lack yirat shamayim (fear of Heaven). It’s the religious Jews who must serve in the army!

The Charedim look at the world and they see what happened to those of us who left the ghetto. Millions upon millions of Jews are no longer with us, totally assimilated and intermarried. Look what’s happening in America – millions of Reform and Conservative and unaffiliated Jews are being lost. If Chabad or Aish don’t pick them up, they’ll be lost to our people forever. It’s a spiritual holocaust. And so the Charedim are afraid to come out into the big world.

Rav Shach knew Rav Soloveitchik was a gaon in Torah learning. He was a bigger gaon than Rav Shach – there’s no two ways about it! But he believed that while the Rav could live in two worlds, the rest of us can’t do it. They look at a guy like me and say “all right, he was able to do it. But we’re afraid.” The Charedim are afraid to join the world!

But the amazing thing is that in Israel, the dynamic has changed; it’s no longer about synthesizing the two worlds of the holy and the secular, because the two worlds are now one! In Israel, if you’re a lawyer, a doctor, or if you work for the sanitation department – whatever you do outside of the beit midrash is a fulfillment of the biblical mitzvah of yishuv Eretz Yisrael, of settling the Land! You’re in the army, in the Foreign Ministry – whatever you do is a mitzvah!

It can’t go on this way. One father can support three children. But when three children have their own children, and you end up with 30 grandchildren and great-grandchildren who want to sit and learn, who is going to support them? And who wants to be a schnorrer? Read what my Rebbe wrote in Halachic Man – Jews have to live in dignity! We, our Religious Zionist community, have to set an example for the Charedi community. We have to show them that one can come out of the ghetto and embrace the world of today and remain a gaon, a tzaddik and a chassid – there is no contradiction!

Who preserved the Torah? Who brought it over from Europe? It was the Charedi community. Think of what we owe the Mir Yeshiva in Shanghai! Instead of being negative and critical of the Charedi world, we have a sacred obligation to help them.

I knew Rav Aharon Kotler and Rav Shneur Kotler quite well. I stand by my belief that if Rav Aharon had come to Israel he would have become a big Religious Zionist, like the rest of Rav Isser Zalman Meltzer’s family. Rav Yehuda Meltzer founded HaDarom, the first Hesder Yeshiva!

Change can happen over time. 120 years ago, Chabad was no different than Satmar. Today, Chabad is in all the headlines, all over the world, doing incredible things. Change can happen in the Charedi world as well. We just have to be there to help them.