The horrific terror attack on a restaurant in Tel Aviv’s Sarona market last night, where 4 innocent Israelis were murdered, led to Arabs in Jerusalem, Samaria and Gaza celebrating the murders, and – criminally – some news outlets to refuse to label their murders as terror attacks.

While Israel was reflecting on the murders, at the same time as an Israeli hospital was treating the Arab terrorist who was injured, many Arabs took to the streets to ‘celebrate’ the murders.

This sickening sight, which has been seen before, including when there have been attacks on Western cities (like on 9/11), was in stark contrast to the Israeli reaction.

You can see this in the photo and video below:

Where's the voice of sane Arabs condemning instead of celebrating terror? I know you're out there… Please speak up pic.twitter.com/w99pSFRD6i

News Outlets Have a “Terror” Problem

Some news outlets, including CNN, seemed to have a problem with calling the attack what it was – a terror attack: 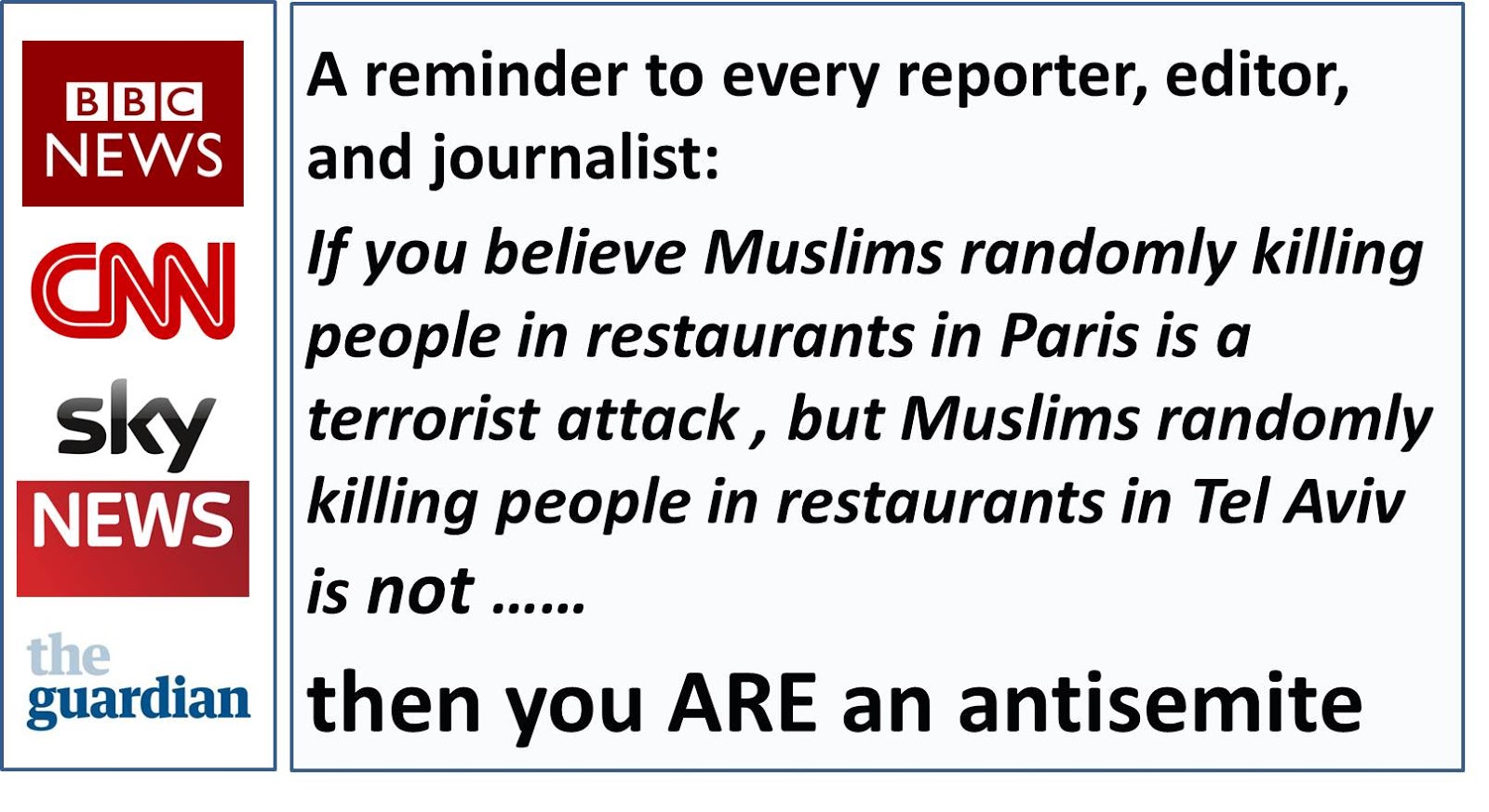 Instead of reading/hearing what happened from a third party, read the amazing story of Linda Dayan who was caught up in the attack. “Call men shooting at screaming civillians who are running for their lives terrorism. Tell the people you know that it’s never okay to target innocent men, women, and children, even if you don’t like where they live.”