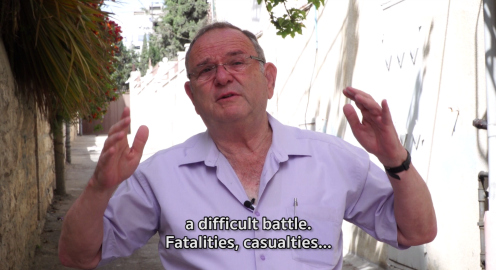 The following clip was shown at our Yom Yerushalayim opening event, and was a poignant and moving moment.

Mizrachi representative and Chairman of the World Zionist Organization, Avraham Duvdevani, tells his personal story of the battle for East Jerusalem during the Six Day War in 1967.

He talks about the tough battles, the loss of his comrades, and of the mixed feelings as the Old City was captured and the city of Jerusalem reunified.

He also mentions a link with Beit Meir, the building which houses the Mizrachi World Movement offices.