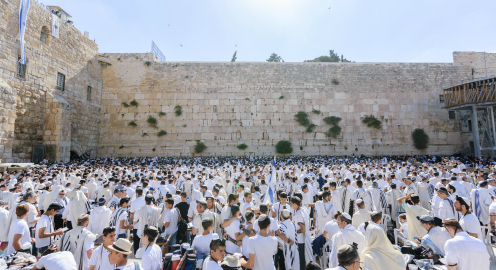 The Government of Israel decided this week to suspend plans as per an agreement to upgrade the egalitarian space at the Kotel.

BREAKING: Statement by @JewishAgency Chairman Natan Sharansky on the Government of Israel's decision to suspend the Western Wall agreement. pic.twitter.com/EMoDbUr4Tl

This decision has been made during the Jewish Agency’s Board of Governor’s meetings in Jerusalem this week, and as a result the Jewish Agency cancelled a gala dinner that was scheduled with Prime Minister Netanyahu.

The Board then passed the following resolution:

BREAKING: The @JewishAgency Board of Governors has unanimously denounced the government's decisions, calling on the govt to reverse course. pic.twitter.com/jLGpUnxzFk

However, there has been much misunderstanding in the press about what is the current status and what the decision actually means.

Minister Naftali Bennett posted the following 4 minute video to clarify what exactly is the Kotel agreement about and what does the government decision actually mean: