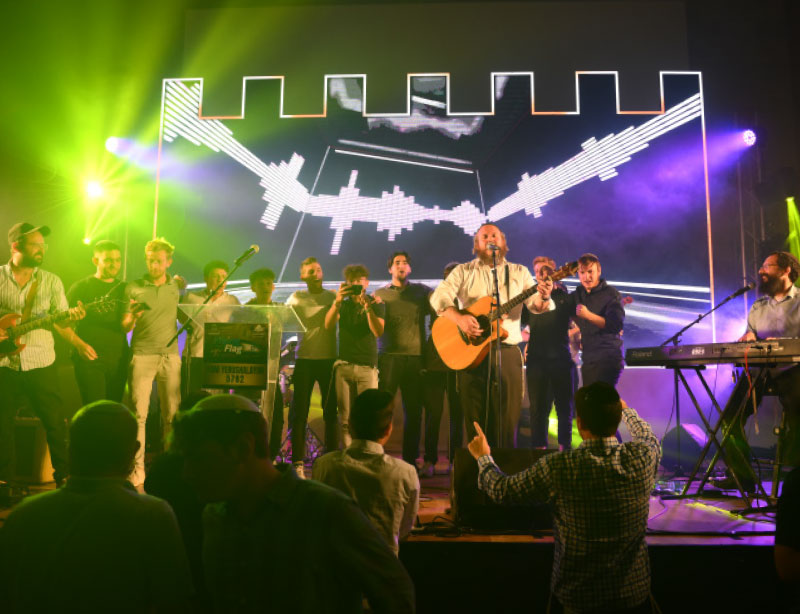 Flying the Flag 2022: The Grand Finale

“Flying the Flag” is a revolutionary new program launched this year by the Department for Religious Affairs in the Diaspora. Intended to develop a new generation of shlichim from the Diaspora, “Flying the Flag” is a year-long series of programs for gap-year and college students that directly address their future role as shlichim in the Diaspora. After engaging over 1,700 students from the Diaspora throughout the year, we concluded a year of training with two exciting Yom Yerushalayim events celebrating the value of shlichut.

First, we sent two Flying the Flag ‘Dream Team’ delegations to Europe and the United States to celebrate Yom Yerushalayim. Each ‘Dream Team’ consisted of four talented educators who worked together to inspire Jewish communities with a love for our eternal capital through Torah, music and multimedia. The European team electrified diverse audiences in Sweden, Switzerland, Austria, England, Scotland, and France, while the US team inspired students in the tri-state area, Philadelphia, and Chicago. I’ll never forget a moment during the US trip when a young woman said to me: “Next year I plan to join the IDF. Never in all my years in school have I had such a powerful Zionist experience. Thank you!”

Our second event, in partnership with Masa, brought gap-year students in Israel together to celebrate Yom Yerushalayim with an inspirational musical performance by Rabbi Shlomo Katz. Our keynote speakers, Rabbi Doron Perez and Rabbanit Shani Taragin, spoke of the importance of being a shaliach for Am Yisrael wherever you are in the world. Hundreds of students signed up to help RZA-Mizrachi USA inspire the American Jewish community with a love for Israel and Religious Zionism in the years ahead. May they soon return home, together with all of Am Yisrael!

Ariel Chesner is the Director of the Center for Religious Affairs in the Diaspora at the World Zionist Organization. He previously served as the Director of the Resource Development department at World Bnei Akiva. Ariel lives with his wife Ephrat and their 5 children in a small yishuv in southern Israel.