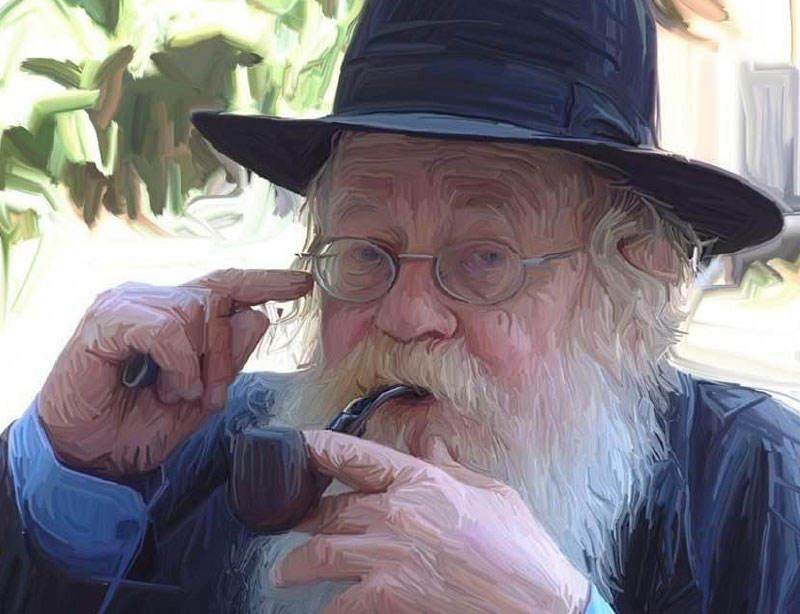 An Afternoon with Rav Steinsaltz zt”l

On the 6th of Av we will commemorate the third yahrzeit of Rabbi Adin Steinsaltz zt”l, one of the most impactful and colorful rabbis of our generation.

My wife’s uncle was a close friend and supporter of Rav Steinsaltz for many years. When his mother passed away about 13 years ago, Rav Steinsaltz wished to pay a shiva call, and needed a driver to bring him from New York City to the shiva house and from there to the airport. Knowing of my fascination with Rav Steinsaltz, the family arranged for me to be the driver.

I quickly learned to expect the unexpected. After settling into the car, he asked me to tell him about myself. When I explained that I was the assistant rabbi at the Young Israel of Staten Island, he said: “I have family in Staten Island. But let me ask you – what connection does a sane man like you have with Staten Island?” But he was just getting started. He said: “Assistant rabbi? Some assistant rabbis are just meant to arrange chairs. Are you one of those?”

Rav Steinsaltz was brilliantly, deviously funny; he was the antithesis of self-important rabbis who take themselves far too seriously. Speaking about the rabbinate, he said “the Chief Rabbi of Rome is the only Chief Rabbi I like, since he’s a part-time Chief Rabbi.” And he had no qualms about speaking bluntly, or even sharply; he didn’t mince words. In our discussion regarding interfaith dialogue, he said: “The Jewish machers forced me to meet with nine Catholic cardinals and give them a shiur. The cardinals didn’t want to meet with Reform or Conservative rabbis – only Orthodox!” After the shiur, Cardinal Frances George of Chicago later told Rabbi Yehiel Poupko that “Rabbi Steinsaltz spoke to us for an hour and offended us from beginning to end! But he was right about everything he said…” On Jewish-Christian dialogue, Rav Steinsaltz said: “We dance together, but we don’t dance the tango. Just the cha-cha!”

One of my teachers at Yeshiva University was Rabbi Ozer Glickman zt”l, whom we affectionately referred to as the “ROGue” (Rabbi Ozer Glickman). Rabbi Glickman was a Jewish Renaissance man; a Torah scholar, philosopher of the law, banker, musician and more; a man who could not be placed inside a box or “classified” as a particular type of Jew. Rav Steinsaltz was cut from the same cloth; he was a man of extraordinary curiosity and wisdom who was too complex and authentic to be categorized. He was a rebel in spirit, the “rogue” among the rabbis, who perceived the world differently than mainstream Torah scholars. As Isaac Bashevis Singer once said, “only small fish swim in schools.”

Schmoozing together in the kitchen, Rav Steinsaltz’s conversations moved seamlessly back and forth, from the Talmud to mystery novels and from the world’s deepest lake (Lake Baikal, in Russia) to the Tanya. Rav Steinsaltz was fascinated by almost everything, including science, sports, and people. “I am also interested in people – sometimes I even like them!”

There are many biographies published in the Orthodox world that portray great rabbis as, in Rav Steinsaltz’s words, “plastic saints” – as perfect people who never made mistakes. Rav Steinsaltz, however, understood that perfection is for angels; that it is our striving that makes us uniquely human. He wrote that “every man is a contradiction… a combination of the holy and the trivial. One has to integrate it all into some workable unity by building one’s life as though it were an annex in the court of the Holy Temple, the inner chambers of which one can never be sure of entering.” If anyone has ever succeeded in living these words, it is Rav Steinsaltz himself. May his memory be a blessing, for all of Klal Yisrael.

● A version of this tribute originally appeared in the Jewish Link.