According to the World Health Organization (WHO), there are over 39 million blind people in the world. If you take into account people who are considered visually impaired, that number jumps to a whopping 285 million.

While many are fully self-reliant, one thing they have had difficulty incorporating is the smartphone, a device most of us could not imagine living without.

In 2012, NoCamels covered Project RAY, an ambitious Israeli company trying to bring the world of smartphones to the visually impaired. Since then the Project RAY smartphone has come a long way, introducing a world of apps designed specifically for the visually impaired, including a public transportation navigation system; an emergency orientation system and audio reading app. 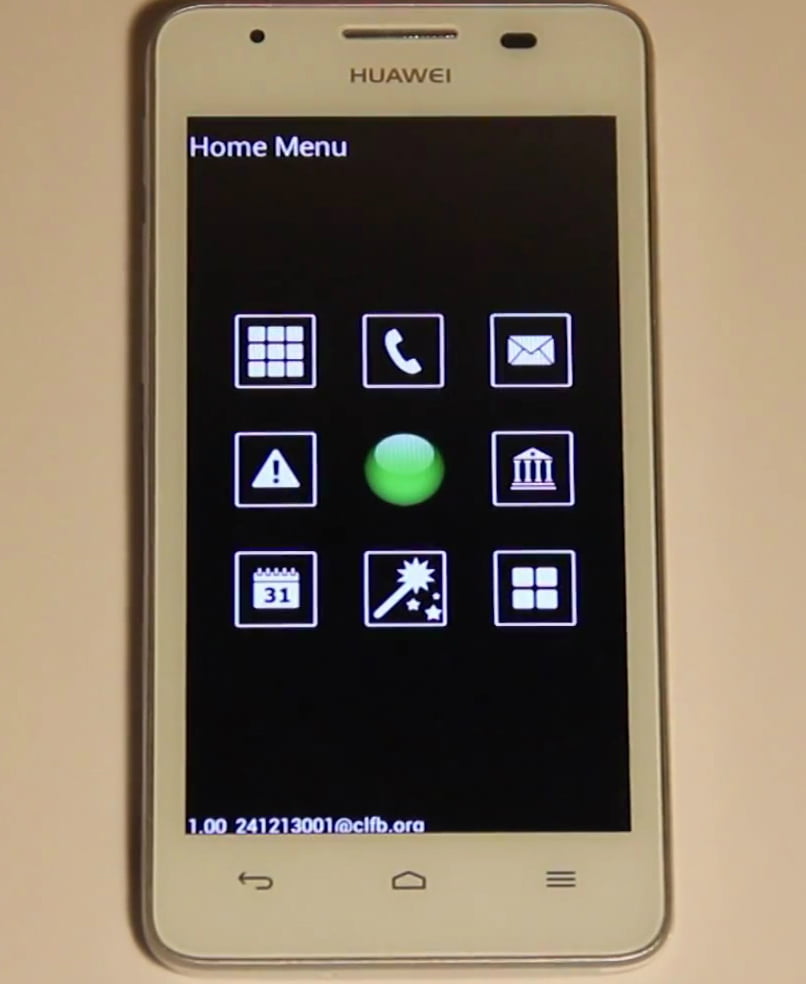 The menu and controls in the RAY Operating System, created by Chinese telecommunications company Huawei, were designed to be as simple as possible in order to cater to the blind, but the innovation behind the phone’s OS is far from basic.

Project RAY’s Huawei smartphone is characterized by a unique feature that automatically aligns the phone’s menu to any point on the screen where the user makes contact, giving the user accurate orientation without the guesswork of figuring out if they have placed their finger in the right location.

The idea is an elaborate development of the traditional idea of the central raised number 5 from older phones’ keypads. For every direction that a finger is moved over the screen there is a different corresponding function, allowing users to make phone calls, send text and voice messages, browse the web and identify objects like signs and objects using image-to-voice converters.

“This, in addition to the audio and vibration feedback, allows for a seamless user experience with no need to see the screen,” says CEO Boaz Zilberman.

The idea for Project RAY was conceived several years ago by a group of telecommunications figures headed by Zilberman and including co-founders Arik Siegel and Michael Vakulenko at the Migdal Or Blind Rehabilitation Facility in Kiryat Haim, near Haifa.

Zilberman explained the challenge in targeting customers who suffer from inhibiting disabilities like visual impairment: “Some of them do not have a steady income and are dependent on welfare, forcing us to find solutions to producing high quality products at affordable prices.”

“The device is tax exempt and also subsidized by welfare authorities as an official handicap aid offered at a reasonable price,” Zilberman noted.

‘Carrying a smartphone is being part of modern society’

Zilberman says RAY divides the visually impaired into three tiers: The tech savvy (usually the younger generation, according to Zilberman); The older generation, that according to Zilberman, may see the smartphone as too much of a hassle; and the middle tier, which is the audience Project Ray is targeting, those who may be exposed to the world of smartphones for the first time with the RAY device

“We do not have a great deal of competition in our field, but substitutes are still preferred by the top tier of consumers who want brand-name, fully functional smartphones and rely solely on the partial accessibility features. In addition, the lower tier has a hard time adapting to smartphones and prefers to cling to the old phones with 12 physical keys. For some, carrying a smartphone is an emblem of being part of our modern society,” said Zilberman.

The RAY applications are exclusively developed for the in-house OS and come built in when the device is purchased. One of the apps on the phone allows access to a massive library of audio magazines, books and newspapers, the Central Library for the Blind, Visually Impaired and Handicapped, which is updated on a daily basis by automatic data collection carried out by the device.

Other apps include a public transportation navigation system that guides the blind in real time using a detailed voice descriptions and GPS. Another app includes an emergency orientation system with live call support and the ability to remotely control the device to aid the visually impaired user from afar.

Zilberman now reports that following recent technological developments, RAY devices will soon include an app that vocally reads signs and text using the built-in camera when aimed at signs or text. “All of this will really award the blind with long lost independence and the confidence of knowing they have a phone and the Project RAY support team to count on.”

Tech giants coming together to aid the blind

The Project RAY Huawei smartphone is currently on the market for the blind and visually impaired in the United States, but the company has yet to reap in the real profits with only a few hundred active users. The Project received funding from Israeli Office of the Chief Scientist and has partnerships with Microsoft in its BizSpark start-up program and Google, which provides free storage and cloud services to the company.

The wireless technology giant Qualcomm helped facilitate an Arabic version of the RAY OS and the development of the audio library archive based on the materials provided by the Central Library. The RAY smartphones and its different touch-technology features are all patented innovations by the company, including the revolutionary applications that are part of the RAY OS.

Zilberman admits that it is challenging to perceive the world through the “eyes of the blind” but asserts that he aspires to make Project RAY’s technology the ultimate solution for the blind and visually impaired to integrate into a society reliant on smartphones.