Recently, the chairman of Google was in Israel and declared that the tech scene in Israel was second only to Silicon Valley.

This week, in a great post on VentureBeat, top Israeli marketer and blogger Hillel Fuld wrote about the incredible month Israeli tech companies have experienced in terms of funding.

In excess of $550m has been invested in tech companies, as Fuld writes:

While the region continues to show signs of instability, the one thing that remains stable is Israeli innovation.

Israel has traditionally been known for its expertise in cyber security, understandable in a country in which everyone serves a mandatory three years in the army and which is facing serious cyber threats on a near-daily basis. However, the growth is still impressive — in June 2016 alone, Israeli startups have raised over $561 million in capital, across almost all verticals.

Looking at the names in the graphic below, as well as the capital raised, you can see clearly that the days of Israeli companies being unable to raise Silicon Valley-level rounds are over. You will also notice that the companies that raised rounds this month in Israel represent almost every single vertical of technology in both consumer and enterprise.

The amount in one calendar month is truly staggering – check out the graphic below which highlights those deals made in June 2016 alone: 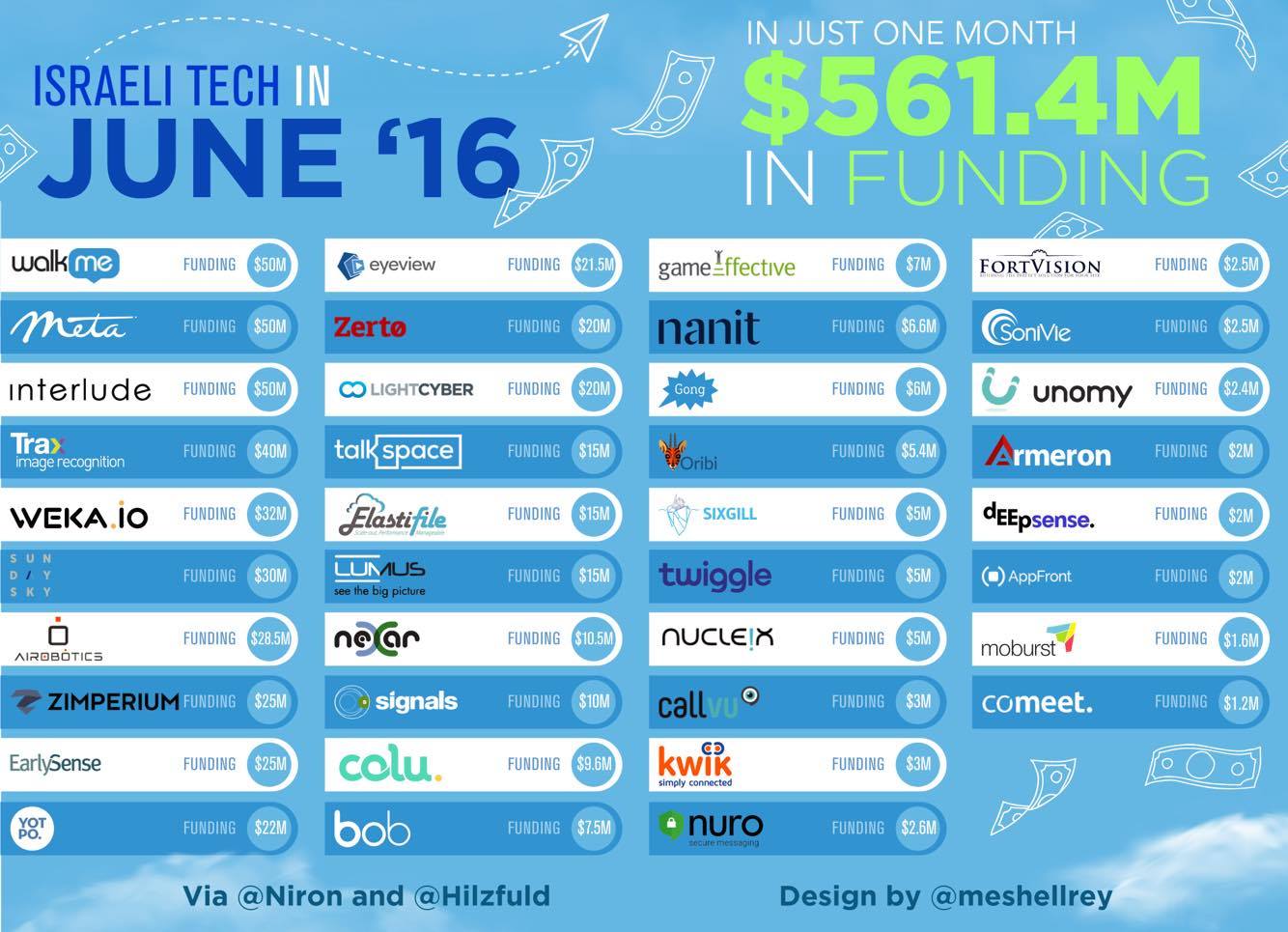