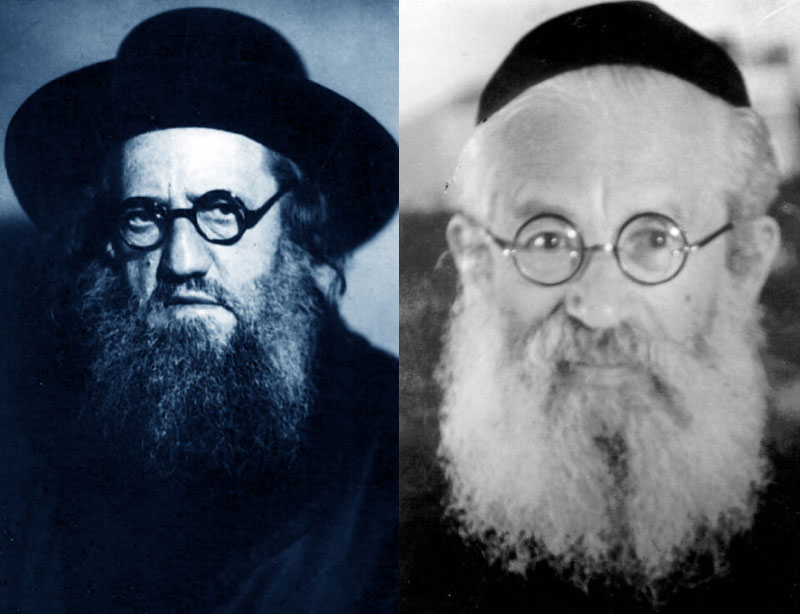 Rabbi Charlap or Rabbi Herzog?
The Chief Rabbi Controversy of 1936

When Rabbi Avraham Yitzchak HaKohen Kook passed away in 1935, two eminent rabbis were considered to fill the position as Ashkenazi Chief Rabbi of Eretz Yisrael. Both Rabbi Yaakov Moshe Charlap and Rabbi Yitzchak HaLevi Herzog, the finalists for the position, were highly respected gedolei yisrael and poskim who identified strongly with Mizrachi and shared Rav Kook’s vision for a halachic Jewish state in Eretz Yisrael. Both rabbis were comfortable working together with people of different backgrounds and were respected by many non-orthodox Jews.

At the same time, the candidates had significant differences. Rabbi Charlap, who prided himself on having never stepped outside of Eretz Yisrael, was a product of the cheder/yeshivah system. Having been born and educated in the ‘old yishuv’ (the religious community in Israel that predated the modern Zionist movement), Rabbi Charlap received no secular education. Despite being a close student and friend of Rav Kook, who was often viciously attacked by members of the old yishuv, he maintained close ties with the community. At the same time, Rabbi Charlap shared Rav Kook’s kabbalistic perspective on secular Zionism and wrote many important books elucidating Rav Kook’s kabbalistic perspective. When Rav Kook passed away, Rabbi Charlap was appointed his successor as the active Rosh Yeshivah of Merkaz Harav.

Rabbi Herzog’s background was starkly different. Born in Lomz, Poland, he moved as a child with his family to England and later to Paris, where he received an advanced secular education at the Sorbonne and a doctorate at the University of London. A classic renaissance man, he was fluent in numerous modern and ancient languages, and conversant in a wide variety of academic disciplines. Unlike Rabbi Charlap, he was a man of the world who lived in the cultured nations of the west, only visiting Eretz Yisrael once to make funeral arrangements for his father.

By contrast, Rabbi Herzog’s extensive Torah knowledge was largely self-taught. He never attended any yeshivah, and his primary face-to-face rebbe was his father. Nevertheless, while pursuing his secular education, he corresponded extensively with the great Torah giants of his era. Appointed the Chief Rabbi of Dublin, Rabbi Herzog was involved in Ireland’s struggle for independence, and when the Irish Free State was born, Rabbi Herzog became its first chief rabbi. During his years in Ireland, he became acquainted with several great Torah scholars based in London, including Rav Kook, who lived in London during much of World War I.

While Rabbi Herzog was in Eretz Yisrael in 1934 for his father’s funeral, the position of Chief Rabbi of Tel Aviv-Yaffo, a position once held by Rav Kook, became available. Rabbi Herzog actively pursued the position, giving lectures and meeting with great Torah scholars throughout the land, believing that this position would enable him to move to Eretz Yisrael. The other finalists for the position were Rabbi Joseph B. Soloveitchik, at that time the head of Boston’s Council of Orthodox Synagogues, and Rabbi Moshe Avigdor Amiel, then the rabbi of Antwerp. A member of Mizrachi, Rabbi Amiel received the movement’s support and won the election, and Rabbi Herzog returned to Ireland.

Within a few months, however, Rav Kook passed away, and the position of Ashkenazi Chief Rabbi became available. Both Rabbi Herzog and Rabbi Charlap were nominated for the position, and a heated debate among their respective supporters ensued. Although the two rabbis personally maintained a dignified distance from the angry debates over their candidacies, some of their supporters published false claims and misquoted other Torah leaders to further the case of their chosen candidate.

Many who opposed Rabbi Herzog believed that his secular education disqualified him for the position. Rabbi Yehudah Leib Maimon, the leader of Mizrachi in Israel, was opposed to Rabbi Herzog’s candidacy, explaining that he did not want “a doctor in English, but rather a gadol in halachah.” Rabbi Yechiel Michel Tukachinsky, a close personal friend and backer of Rabbi Herzog, begged him to remove any reference to his doctorate from his name. Rabbi Herzog refused, however, explaining that “people should consider me for what I am, not what they want to make of me.”

Others supported Rabbi Charlap because they believed him to be the natural successor to Rav Kook, and because they believed that the new yishuv should be led by a rabbi familiar with the old yishuv. Rabbi Herzog, though friendly with Rav Kook, had never been his student. Furthermore, his cultured European background was radically different from that of the rabbis of the old yishuv. Nevertheless, Rabbi Herzog was politically savvy and befriended many influential rabbis throughout Eretz Yisrael, ensuring he had many passionate supporters of his own.

On election day, the atmosphere was tense. As the seventy electors gathered to vote, the British Mandate police were called in to control what was becoming a distracting protest. The police were forced to move the protestors away from the assembly hall so the voting could take place in peace. When the vote was finally counted, Rabbi Herzog had won a narrow victory, 37 to 31, over Rabbi Charlap. Though many of Rabbi Charlap’s supporters remained bitter over the outcome, Rabbi Herzog went on to distinguish himself, and the future State of Israel, throughout his tenure as Chief Rabbi, until his death in 1959.

Rabbi Yirmiyohu Kaganoff served as a community rabbi in Buffalo, New York and Baltimore, Maryland. He is the author of several books and hundreds of articles, and currently lives in Jerusalem.