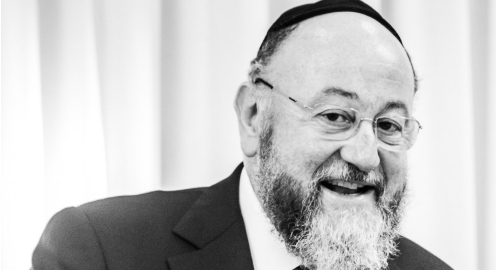 This week’s Parasha of Shoftim tells us how immediately prior to the Israelites going out to wage a war, officers would go out amongst the soldiers and they would make an announcement concerning a number of categories of soldiers who should go back home and not fight. First of all, he who had built a house and had not yet dedicated it. Secondly, he who had planted a vineyard and had not yet eaten from it and thirdly, he who had betrothed a woman and had not yet lived with her. And then the officers would add a fourth category and they would say that any person who is fearful and fainthearted, go back home lest his fellow soldier’s hearts would melt in trepidation just like his.

According to the Gemara in Masechet Sotah, this fourth category relates to a soldier who felt that he had sinned so much that he had no credit to save his life in the midst of battle. Rabbi Yossi HaGalilee adds that the first three categories came only for the sake of the fourth category. So important it was, that somebody who was nervous to fight should not demoralise the soldiers around him.

And why were the first three categories introduced? In order that nobody would be able to know the identity of the soldier who was fearful of fighting. In that way, many people would leave and nobody would know exactly for what reason each one was going.

I find this to be absolutely fascinating. We are speaking here about a time of national emergency. A critical battle is just about to be fought and foremost in the minds of the soldiers is the dignity of their fellow human being; the importance of not humiliating someone in public – even a person who was so filled with guilt on account of all the sins that he had committed.

Here we have yet another powerful example of how compassion and empathy are central to our sensitive Jewish psyche and that is how it always should be.